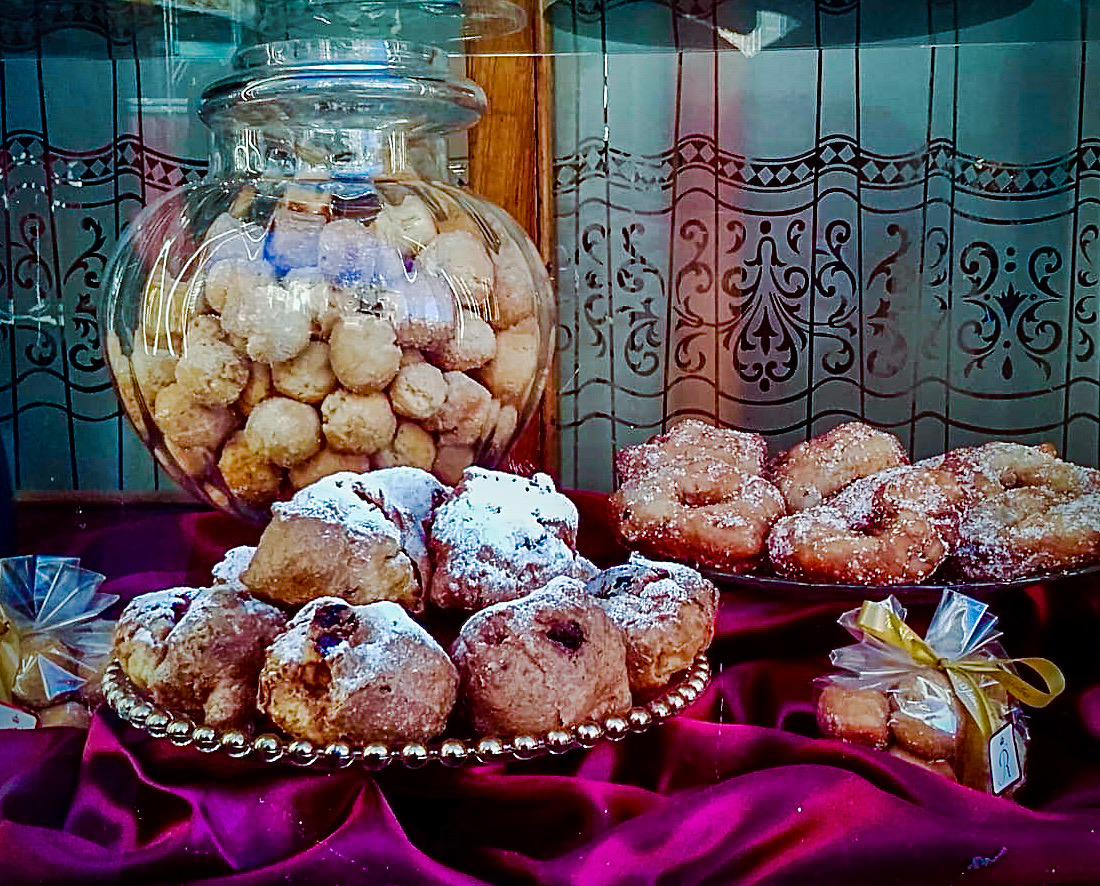 The carnival period has begun and if you are in Venice you can not miss the undisputed queen of sweets: the frittella!

Walking through the city you can see these typical carnival dough show off in the windows of pastry shops, bakeries and bars. Fine, roundish or a little flattened, sometimes covered with sugar and with some raisins that peeps out, they really make your mouth water.

Declared the national dessert par excellence of the Serenissima Republic, it could be found in all Veneto-Friuli territories, up to Milan.

In the past frying frittelle was a real job and for centuries they could be made only and exclusively by special tradesmen called fritoleri. In the 17th century, they had their own association, made up of seventy members, each one with its own area where it was possible to prepare and sell frittelle, or “Boccon da poareti e da siori” – and they could only join the guild if the father was a fritolero. The members of the guild met at the Maddalena church, near the Ca ‘d’Oro. They  wore a white apron and held a jar with holes used to sprinkle the sugar over the hot doughnuts.

The recipe is quite simple and dates back to the second half of the XIV century and it seems to be the oldest recipe of  the Venetian gastronomy, belonging to a document at the Casanatense Library, in Rome. Later the recipe was revisited during the Renaissance and we find a trace of it in Bartolomeo Scappi’s cooking notes, today at the Correr Museum in Venice. Despite the simple recipe, the secrets of the preparation were handed down from father to son and the historian Giovanni Marangoni describes in detail the realization of this delicious sweet: “Cooks and sellers at the same time, they kneaded the flour on large tables and then fried them with oil , pork fat or butter, in large pans supported by tripods. When cooked, the frittelle were displayed on richly decorated plates, made of tin or pewter. On other dishes, the ingredients used were exhibited to demonstrate their quality : pine nuts, raisins, candied fruits “.

Carlo Goldoni also talks about it in his comedy Il Campiello, where the protagonist Orsola is a seller of fritoe.

And we also find several paintings and images depicting fritoleri, such as Pietro Longhi’s “La venditrice di frittelle” located in Ca ‘Rezzonico, where you can see how this doughnuts were skewered in order to eat them – freshly made and still hot – without burning your fingers.

Today we can taste – in addition to the Venetian frittelle- different varieties complemented by a filling of thick cream, zabaglione, chocolate … so… there are something for all tastes and palates! 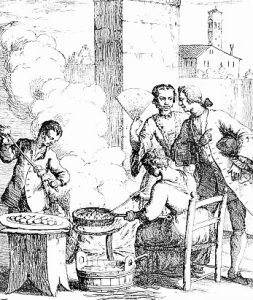 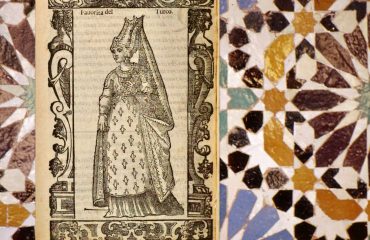 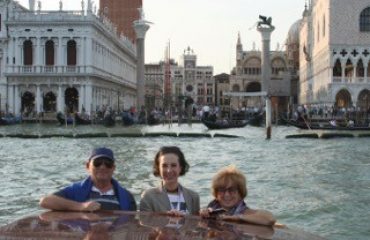 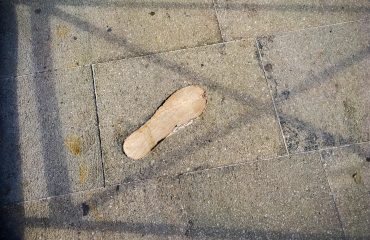