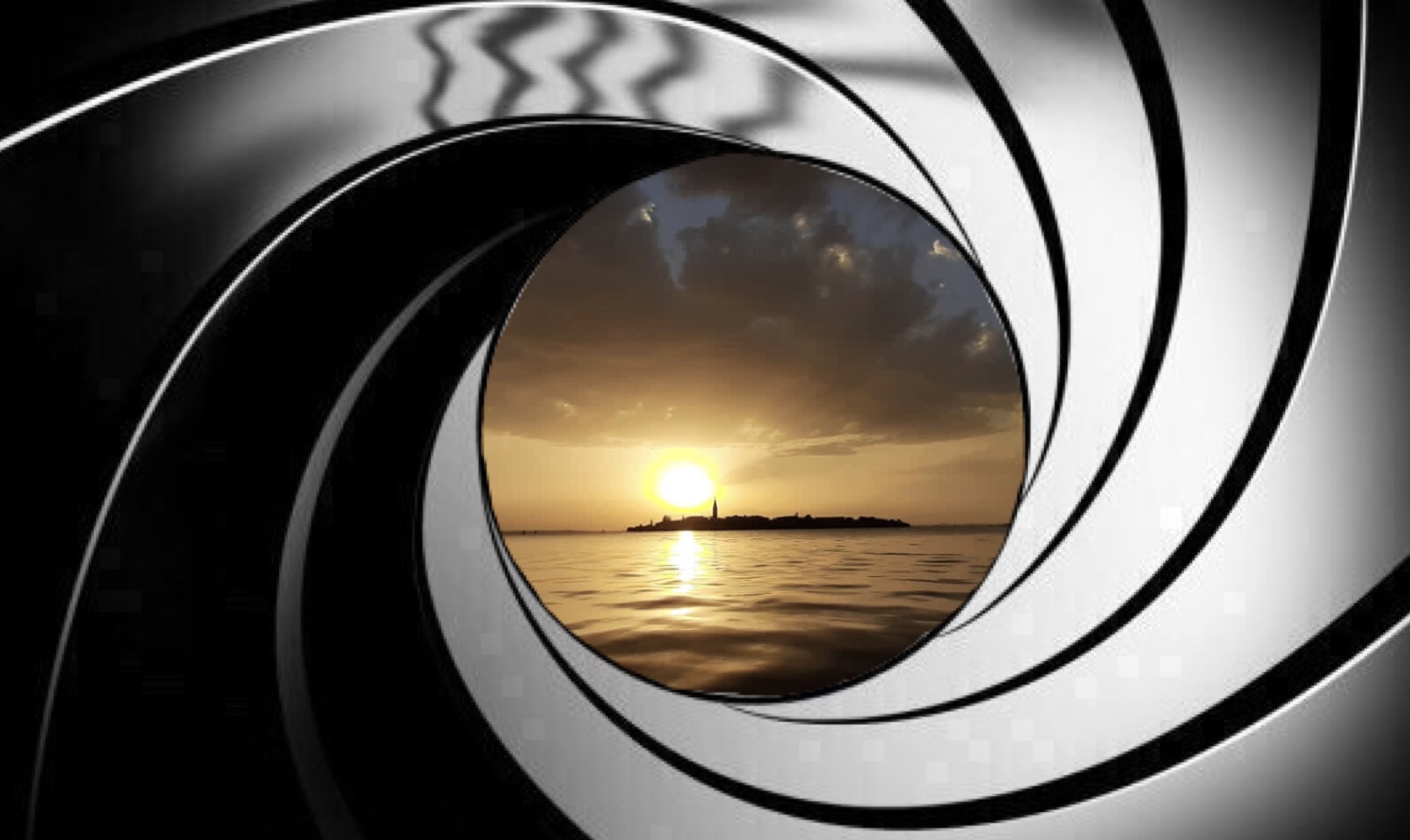 Continuing with our overview of films set in Venice, we could not fail to mention the films starring the famous secret agent James Bond.

Her Majesty’s secret agent who fights enemies with class and elegance could not fail to land in a city that is just as elegant and refined.

In fact, among the many films based on the novels by the English writer Jan Fleming, there are several set in various Italian cities and three in Venice: we are talking about 007 From Russia with love (1963); Moonraker (1979); Casino Royale (2006).

But let us proceed in order. 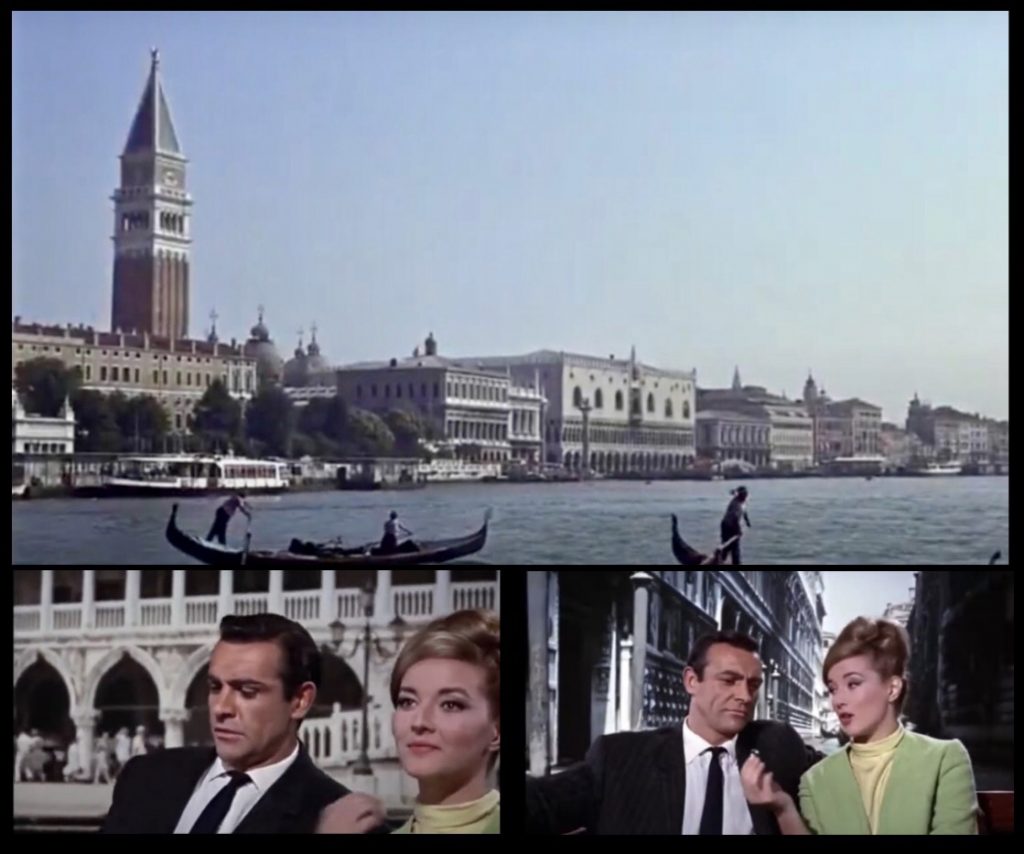 James Bond lands in the city of water for the first time in 1963 with the film 007 From Russia with love. The secret agent is played by the dashing Sean Connery, and despite being a big budget film, in order to save money, the city of Venice that appears behind James Bond and the beautiful Tatiana Romanova (played by the Italian actress Daniela Bianchi) as they take a gondola ride is a clearly projected city! Behind them you can see St Mark’s basin, the canal between the Doge’s Palace and the Prison, the Ponte della paglia (straw-bridge), but in reality the actors are in front of a screen depicting these places.

The same happens in the scene of the scuffle in the hotel room.  During the scene, the Island of San Giorgio Maggiore can be seen in the background, but also in this case the scene was not shot inside the Hotel Danieli, as one might think, but the view is projected onto a screen in front of which the actors are fighting. 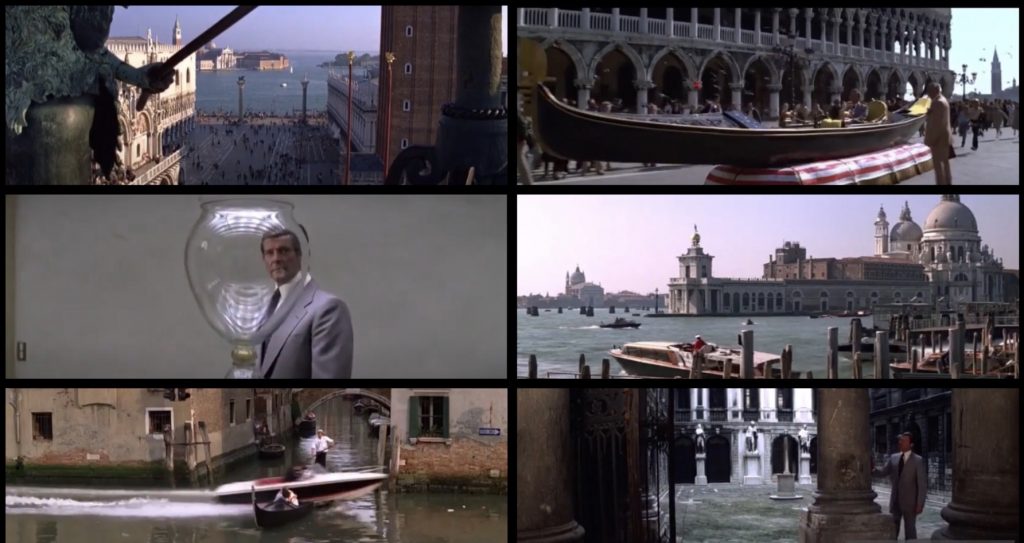 We have to wait until 1979, when the secret agent finally sets foot in Venice; the film of Moonraker takes place in the city. In the role of James Bond we find Roger Moore wandering through the calli and campi of Venice. In this film the Venetian landscapes are exalted, and the places that appear in it are the iconic ones: St Mark’s square, the Piazzetta dei Leoncini and specifically the Venini art glass shop that was located in this square. The Venini accepted to shoot some scenes in its spaces, as for example when James Bond meets Dr. Goohead: the two of them then meet again in the courtyard of Palazzo Pisani.

Moving from one sestiere (district) to another, we reach Dorsoduro, and precisely where the famous Squero di San Trovaso is located (we won’t tell you right now what a squero is and … we’ll see you in another post!); this place appears during a chase and before the grand finale in the Canale della Misericordia. 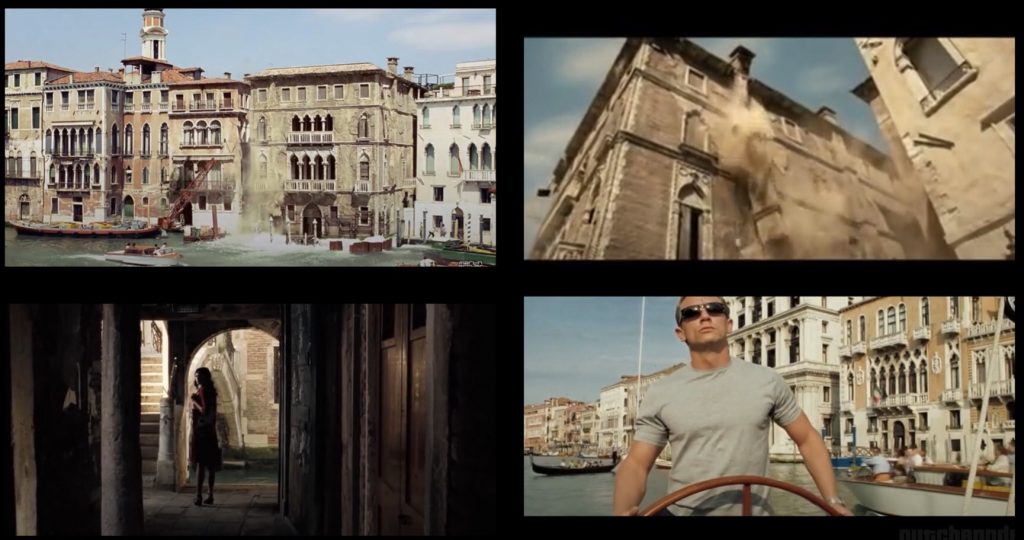 After a long break, in 2006 with Casino Royale, Her Majesty’s secret agent returns to Venice, this time played by Daniel Craig. Once again James Bond will not stay long in the city, but only for a short period of convalescence. The courtyard of Palazzo Pisani  and the grandiose Piazza San Marco appear once again, but the most incredible scene is the chase along the Grand Canal, including the collapse of a palace… luckily all film fiction! And it is also film fiction when Bond and Vesper sail along the Grand Canal: it is impossible, because of the presence of the various bridges such as Rialto and Accademia… Who knows how the film crew was able to shoot the scenes? We don’t want to tell you all the details, we look forward to meeting you in Venice for a cinema tour! 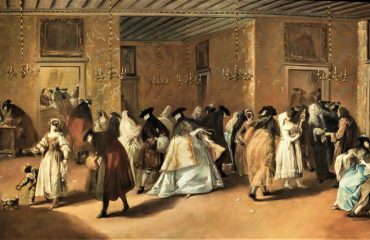 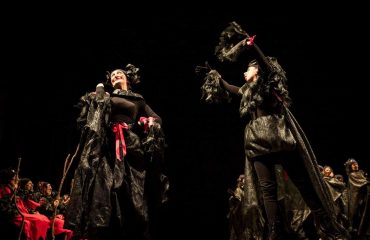 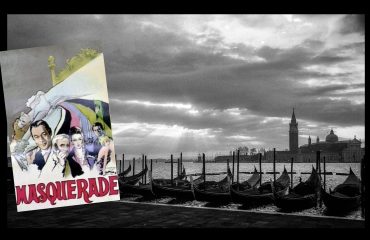