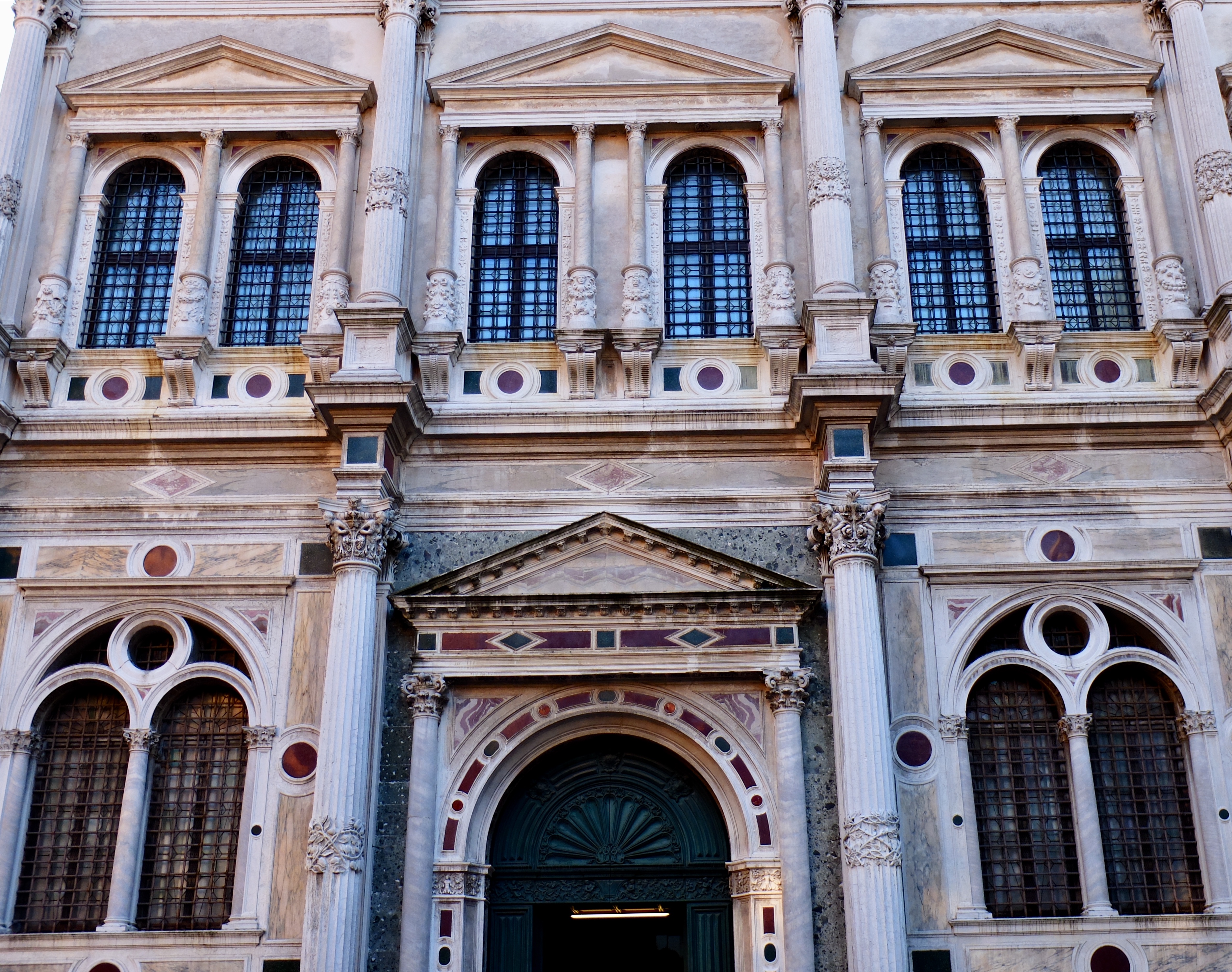 A walk through the sestiere of San Polo is perfect for the visitor who likes to know about art and culture but also to have a glimpse of the daily life: here we can find both important monuments and quiet corners where to stop for a coffee and enjoy a moment of relax. The Scuola Grande di S.Rocco was founded in honour of St.Roch, one of the protectors against the plague, as a charitable institution for the sick. The magnificent building, fine example of the venetian Renaissance, was started in 1516 and finished in 1549. Only later, in 1564, the decoration of the three great halls in the interior was commissioned to Tintoretto. The precious group of canvases took him 23 years and it’s been considered his own “Sistina Chapel”. Few meters away rises the powerful volume of the Church of Santa Maria Gloriosa dei Frari, a huge, severe building on the outside, it reveals in its interior a treasure of art masterpieces, like Titian’s Assumption of the Virgin or the altapiece of the Pesaro family, Giovanni Bellini tryptich and a number of monumental tombs, among them Canova’s and the same Titian’s. The monk’s choir that occupies the central nave is the only one still existing in a venetian church.