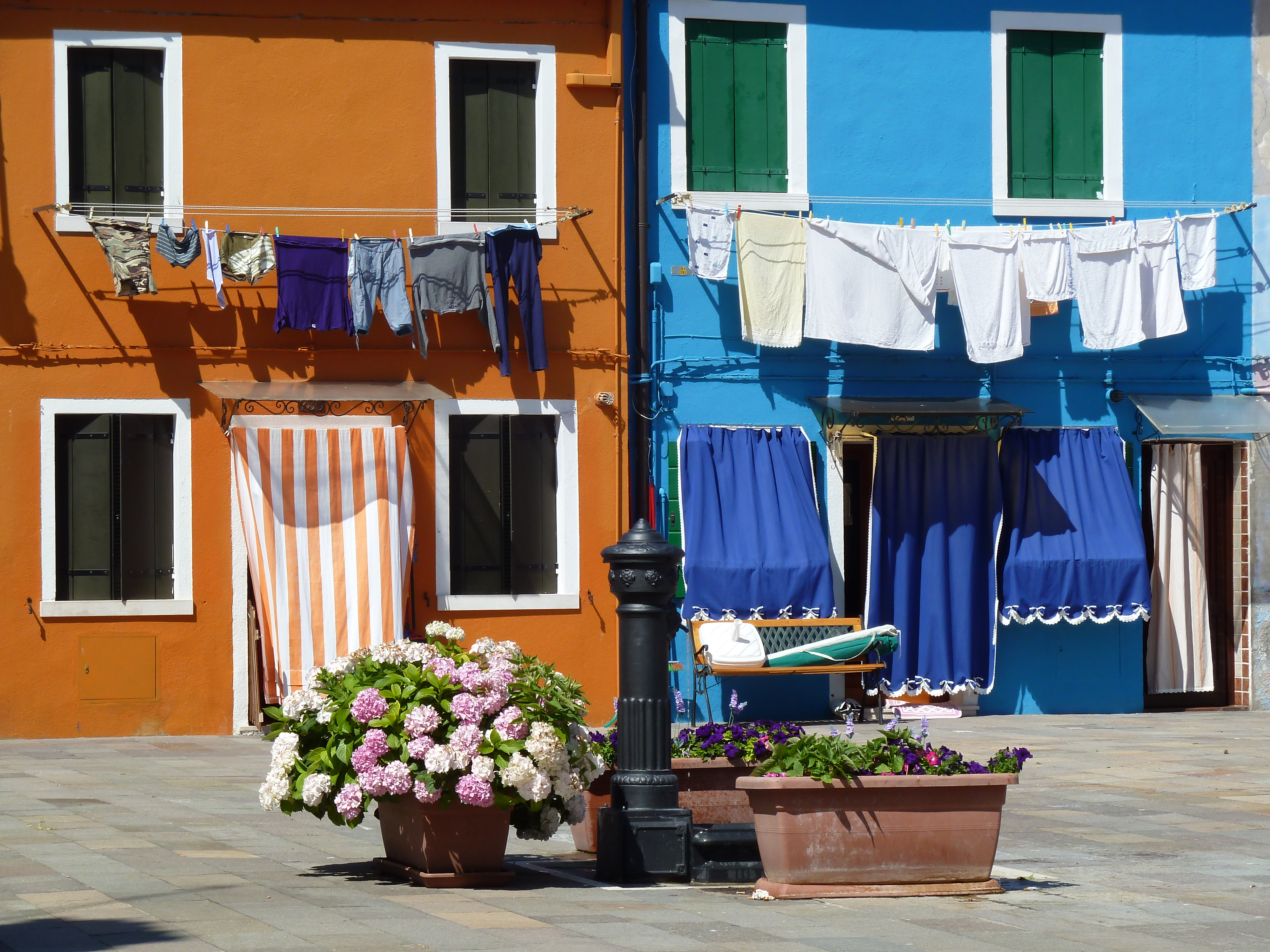 The crescent shaped venetian lagoon is the biggest one in Italy, and the most ancient one. Burano is the most colorful of the lagoon islands, already famous in the XVIth century for the delicate laceworks of its women. It’s relaxing to walk through the calli on this island where the time seems to have stopped, to leave worries behind and enjoy the picturesque atmosphere of the houses that look like they’ve stolen all the colours of the rainbow. Torcello, the island that bewitched Hemingway, was inhabited between Vth and VIth century A.D, a thriving colony with palaces and churches. What remains as a testimony of this glorious past is the byzantine cathedral, decorated with precious mosaics between XIth e XIIIth century, among them the spectacular Last Judgement. The art of glass blowing made Murano famous all over the world: in one of the many furnaces you’ll see amazing objects being shaped from a mass of incandescent glass. The Glass Museum, housed in Palazzo Giustinian, owns a collection that spans from roman to contemporary pieces, that makes you better appreciate this centuries-old technique. Before leaving the island we can visit the Basilica dei Santi Maria e Donato, its main architectural attraction: founded in XIIth century, still retains much of its original beauty, like the veneto-byzantine apse, the gothic ship’s keel roof and the shimmering mosaic representing the Madonna standing alone on a golden background. We can widen our visit reaching two small islands, both seats of monasteries: S.Francesco del Deserto, a lovely green oasis, and S.Lazzaro degli Armeni, where Lord Byron went to study the armenian language and where the world’s best preserved mummy is kept. Right in front of Piazza San Marco , the quiet San Giorgio Maggiore: the elegant church on the island is one of the few religious buildings planned by Andrea Palladio, the most important XVIth century architect.

Duration: minimum 4 hours for the visit at the main islands Murano, Burano and Torcello
Extra costs: transports by private or public boat
Entrance fees in churches or museums not included